Italy is a country steeped in rich history, culture, and tradition. Our weddings are similar to many weddings the world over, but with a few Italian quirks here and there! Why not immerse yourself in the Italian traditions to make your destination wedding that little bit more special?

Whilst we’re all familiar with the term “something old, something new, something borrowed and something blue”, in Italy the bride will actually have five good luck charms instead of four!

Something old is for the life she’s leaving behind
Something new is for her future
Something borrowed is for trust and love
Something blue is for purity
And in Italy we also have something which she’s been given as a gift, as a reminder of her loved ones 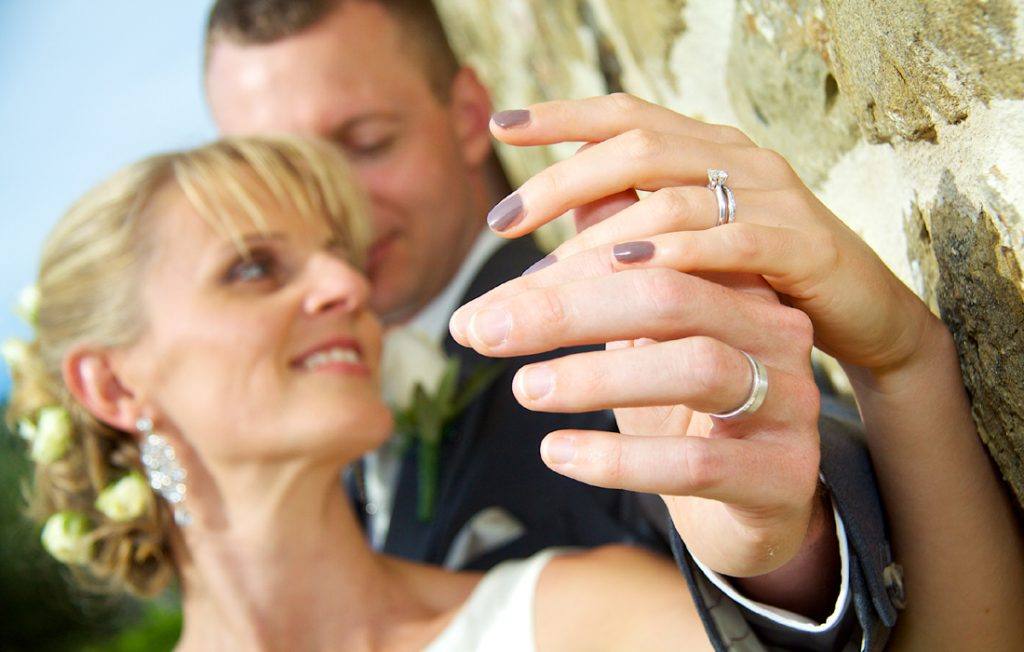 Wedding rings are common throughout the world, but often for different reasons. In ancient Egypt, a ring was worn on the left ring finger as the Egyptians believed a vein went from there straight to the heart. 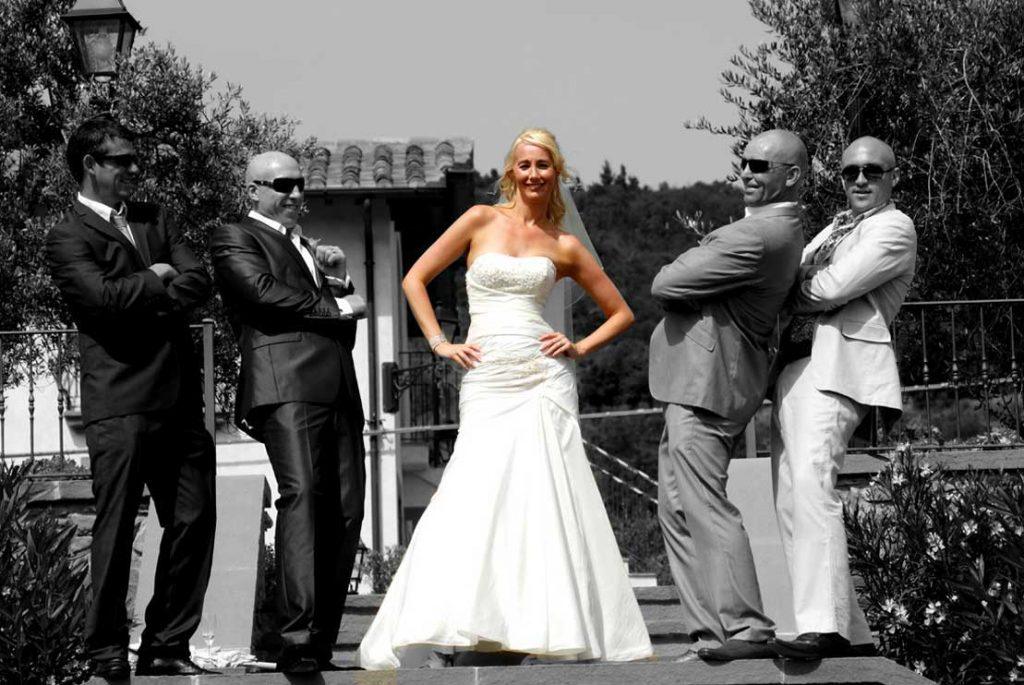 Whilst modern day wedding dresses are typically white, this hasn’t always been the case. Ancient Roman brides wore yellow and orange veils, whilst brides from Longobardi would wear a black tunic, not a very popular colour today!

Red was often worn to symbolise fertility, and is still the traditional colour worn by Indian brides.

In Roman times weddings were often arranged, with neither bride nor groom having a say in the matter. Often arranged for political or financial reasons, you can see why Romeo & Juliet’s love story would’ve been so controversial!

The veil was worn to cover the bride’s face until after the marriage has been finalised, so as to keep her beauty a secret. In Italy it’s traditional to hand a veil down through the generations, so you could be wearing something hundreds of years old!

Confetti originates from the Latin word, confetto, meaning a small sweet. It was traditional in ancient times to throw small candied sweets over the happy couple, and throughout the years this has been replaced by small pieces of coloured paper.

In Italy, confetti is thrown in odd numbers, as originally there would be just five pieces to symbolise the five qualities of marriage; health, fertility, longevity, happiness and wealth.

In Italy the couple will walk among the tables after the cake cutting, with the groom carrying a tray of confetti and the bride handing it out in odd numbers. 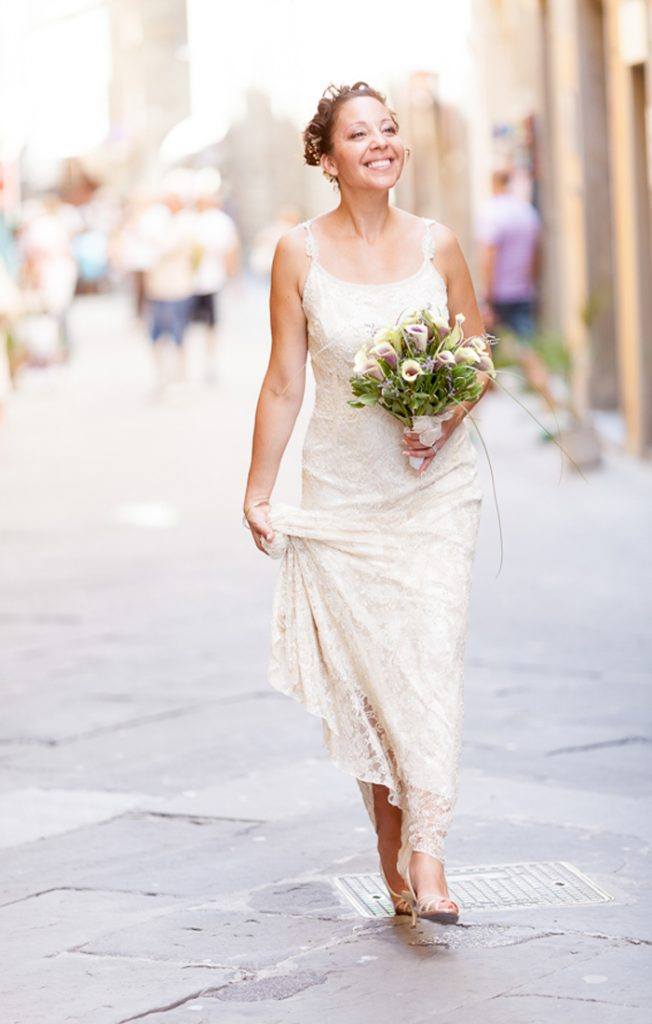 In Italy, the bouquet is the final gift from man to fiancée before they marry. It is traditionally sent to her home on the morning of the wedding, but these days most brides will choose their own bouquet so it matches the dress. In some countries the bouquet is given to a bride by her future mother in law. The throwing of the bouquet is very much a tradition in Italy as it is the world over, with the lucky lady who catches it said to be guaranteed a marriage within a year. 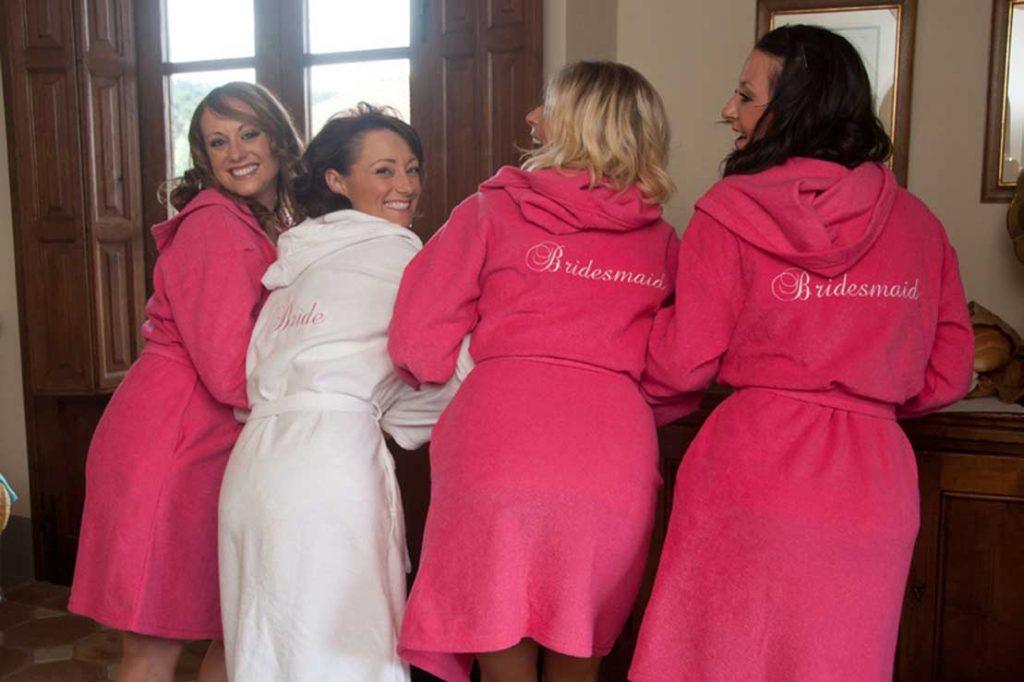 The tradition of having bridesmaids comes from ancient Egypt, where they believed that evil spirits would wish to spoil the day. The bridesmaids, in their brightly coloured dresses, would confuse the spirits and stop them identifying the bride 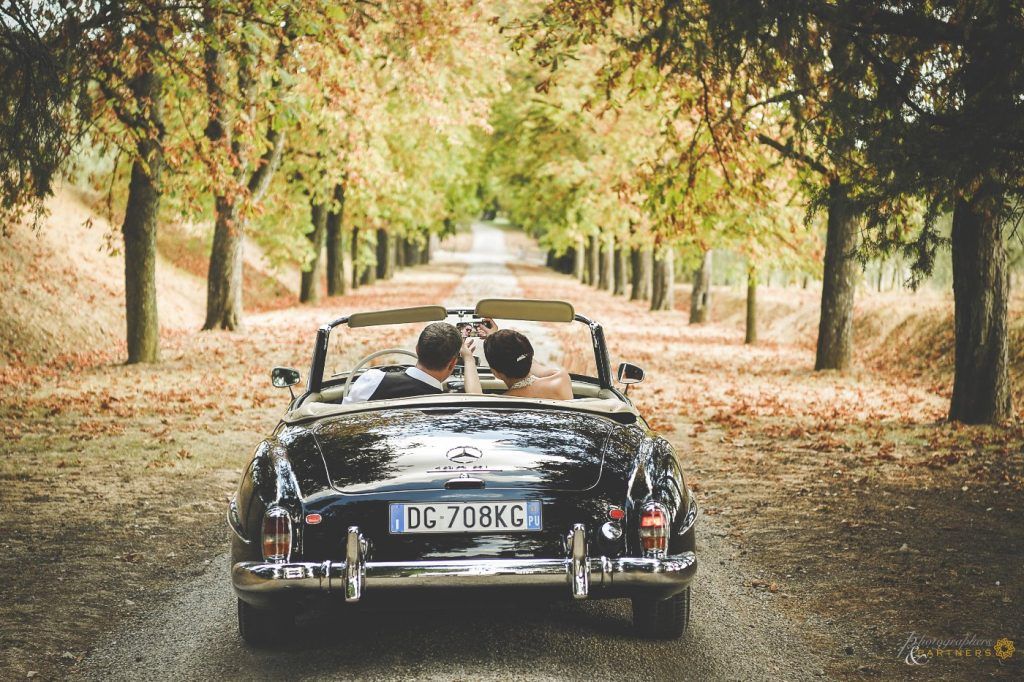 The term ‘honeymoon’ comes from ancient Rome, where the happy couple would eat honey for the duration of one moon after the wedding. So your Italian wedding in a way continues as you head off for your honeymoon! And if you begin your new life together with the bride being carried over the threshold, that’s Italian too! It was done to avoid the bride tripping into the house on her long dress, which would have been a sign of bad luck.